Adobe To Kill Off Flash in 2020: Is Your Photo Website Ready? 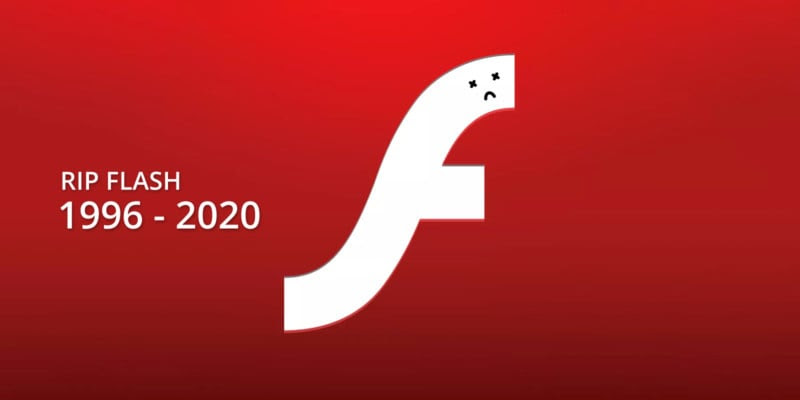 Flash is soon to be on the chopping block. The once ubiquitous and now much-maligned software from Adobe will officially be end-of-lifed at the end of 2020.

Flash was once a favorite tool to display photographer's image galleries due to its flexibility and elegance when compared to plain old HTML, CSS, and JavaScript. But any photographers still clinging to their old Flash galleries should take heed: flash is heading toward its demise. If you haven't transitioned to more modern web technologies despite most browsers ditching Flash by default, now is the time.

Open standards such as HTML5, WebGL and WebAssembly have replaced the need for Flash, which was once the only real option for interactive and creative web content. Now, these open standards have matured and become faster and more power-efficient than Flash. Support for these open standards has been spurred on by the security and resource efficiency issues that have plagued Flash over the years.

In its announcement, Adobe says it has been working closely with partners – Apple, Facebook, Google, Microsoft, and Mozilla – to ensure the Web is ready to live on without Flash. It surely has been for a while now, and there are many photography portfolio hosting options available that don't rely on Flash.

(via Adobe via Engadget)

Read in my feedly

Sent from my iPad
Posted by Photography by Gallagher at 8:41 PM